Sunday 21st, yet another fairly easy day on the road travelling some 252km to camp at Port Smith. A Bird Park was situated on site on the way to the beach area, which was really a tidal mangrove lagoon. The tide was right out at the time of the visit so the fishermen were disappointed.

The next day and the club was very fortunate to have secured accommodation at the Broome Caravan Park. Broome was in full ‘Tourist Mode’ with ‘wall-to-wall’ people. The overflows on all the caravan parks was already overflowing and people were being allowed to camp at the rodeo grounds and shooting club!
The camping space provided was very limited, and the trekkers were tightly packed, but once again, very glad to have showers and washing machines available.
Tuesday 23rd &amp; Wednesday 24th was a time for either rest or sightseeing. Everyone did his or her own thing for the most part. Tractors lined up at the Mangrove Hotel in Broome where the management had organised a fabulous evening for the trekkers, locals and other visitors to town.

The club would like to thank and acknowledge the support of the owners and management of the Mangrove Hotel who provided the prize of airfare and accommodation for the raffle held by the club for fund raising. Also a big thankyou to the Broome Pearl Shed who generously donated mounted Pearl shells to the club to be raffled along the track at suitable venues. On Wednesday, the Broome Caravan Park had organised a sausage sizzle, which was well attended by trekkers and travellers.

Thursday 25th it was off to Derby. The residents of Derby promised to give the trekkers a time they would forget, and boy, did they deliver!

The convoy assembled at the entrance of the famous Derby jetty and proceeded right out and onto the jetty itself, which easily accommodated all of the tractors and support vehicles. Upon parking up, the trekkers were advised that this would be the campsite. This was a tad unexpected to say the least. The sea-rescue group (and others) organised our stay at the jetty and the club was able to leave their vehicles and property in the security of the port when they were bussed into town.

A fabulous BBQ meal was supplied with the help of the RFDS staff and supporters at the Derby Sportsman club. One of the pilots said that in all the time he had been stationed in Derby, it was the first opportunity he had to actually participate in helping at such a function, as he was usually on-call or away on a call. A local group provided live entertainment
On Friday 26th the Sea Rescue group arrived early and cooked the trekkers a fabulous breakfast, consisting of cereal, bacon, eggs, tomatoes and toast, tea &amp; coffee all for a charge of $2. You lived up to your promise.

The convoy left Derby and arrived at Windjana Gorge mid afternoon. On the Gibb River Road the trekkers came across the Variety Bash tour who were on their way to Derby.
It was disappointing that there was so little water in the gorge, and what water was around was quite stagnant. However it didn’t seem to bother the local crocodile community, which was obviously thriving and unconcerned by the tourists who stopped to admire them swimming and sunning themselves.

Saturday 27th, time to leave Windjana Gorge and head onto Silent Grove Camping Area. Most of the trekkers went to visit Bell Gorge, which was a long and rocky walk to the gorge area. Once there, one could wade in the shallow waters at the top, or hike over the hilly area and down the steep descent on the other side. Many made their way down, to be rewarded with an idyllic swimming area where the waterfall cascaded from the rocks above. 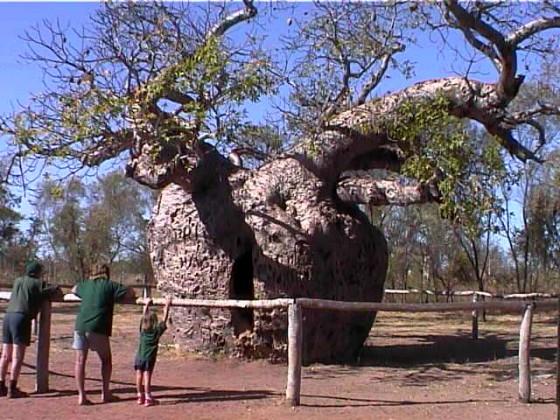 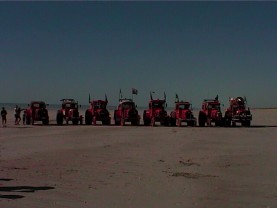 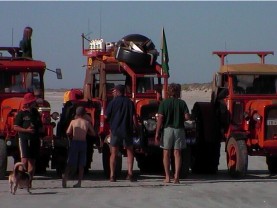 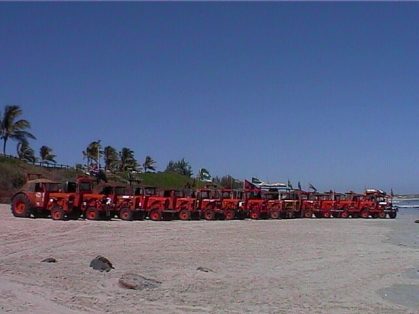 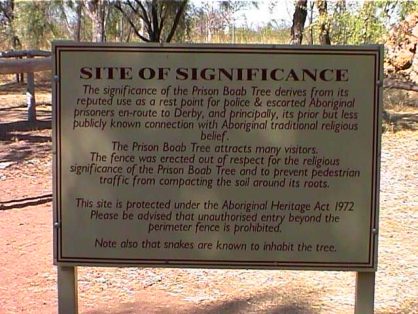