The 2018 AGM was held at the Greenhills Tavern on Saturday 10th February with 35 members in attendance., including two members from the Eastern States Branch.

A productive meeting was conducted with discussions about possible tractor treks and distribution of donations.

The Election of Office Bearers was successful in electing a full complement of members prepared to undertake the running of the club for the next 12 months.

2019 will be the 20th year of operation of the Club and to celebrate this milestone, a history of the club is planned to be collated by past President, Ron Bywaters.  Members past and present will be invited to contribute their favourite memories of the various treks and events carried out over this extended period.

Ron Bywaters was pleased to present the Tail End Charlie Award for 2017 to Di and Graeme Turnock in appreciation of their long association with the Club and for Di’s excellent presentation of the Club Newsletter ‘Tractor Talk’ twice each year, as well as their sharing the Property Manager position 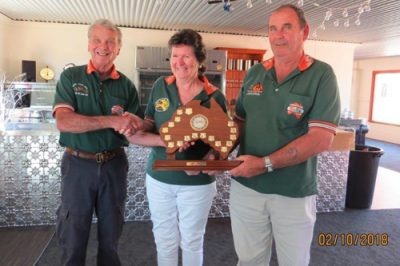