The AGM was held on Saturday 9th February with 24 members in attendance at the Willemenup Stud Ram Selling Complex at Gnowangerup, the property of Dick & Barbara Garnett.

In the absence of several office bearers, other members carried out all duties and the meeting ran successfully, with most office bearers maintaining their positions.

The meeting was followed by a very enjoyable shared meal and the opportunity to view the many tractors and vintage cars on display. 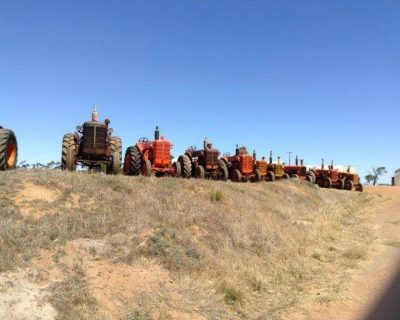 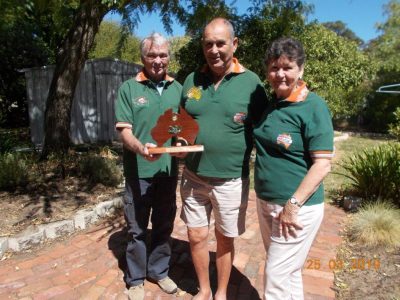 The 2017 recipients of this award, Graeme and Di Turnock, were presented with their miniature trophy by Ron Bywaters.

The planned reverse trek of the 2000 Steep Point to Byron Bay has been split into two treks:

Starting in June of this year, members from WA will join those from SA to undertake a trek to Temora where they will leave their tractors and vans before returning home to prepare for the main trek to commemorate the 20th Anniversary of the inaugural trek from Steep Point to Byron Bay in 2000.

For WA and SA participants, the 2020 Trek will commence in Temora, then proceed to Byron Bay to join other Eastern Branch members and travel back to WA via Alice Springs to Steep Point, concluding in Dongara.