The trek from Broomehill to Kulin commenced on Thursday 26 September, 2019 soon after an interesting visit to the Henry Jones Café in Broomehill for morning tea.  Jim and Annabelle Withnall made us welcome and provided an interesting,  informal chat about  the history of the Holland Track before we set off on our journey. Annabelle escorted us to the site of the Alpha Hall and the start of the Holland Track.

Later that morning we arrived in Nyabing and called in to the hotel where Christie Smith, Secretary of the Nyabing Progress Association, explained how the Association undertook to renovate the old pub. Unfortunately, due to a range of issues, the building had to end up being demolished. The Progress Association continued to work to raise the funds required to rebuild and now have an amazing new hotel along with accommodation and excellent facilities to cater for conferences.

We left Nyabing and camped at Holland Tank/Rock. The following morning we drove on to Newdegate where Cedar Armstrong and Allan Faulkner spoke about the tractor club, and also our fundraising for Juvenile Diabetes Research Foundation, to a group of children from the local school. Our next stop was the Newdegate Hainsworth Building where there was a lovely light lunch provided, with endless cups of tea, which was very much appreciated by everyone.  We then moved on to Geoff McDonald’s Oakalona Farm. The shearing shed was a hive of activity and Allan Faulkner gave us a demonstration of his shearing skills. Later in the day several of our more adventurous members went for a hair raising ride in Geoff’s restored Bren Gun Carrier. The entertainment continued around the camp fire with Geoff and Joe playing a few tunes on their guitars and singing a few country songs. It was a great night.

As we made our way along the Holland Track we explored various rock formations along the way. Lillian Stokes Rock in Frank Hann National Park was just one of many interesting camp sites. We met up en-route in the Shire of Kondinin with Mick who provided some interesting information about the mining activity in the area.

We continued on and visited Lake Cronin. This was an interesting stop however, unfortunately, the lake was dry. Our next camp was at Mount Holland, and the following morning (after our early morning climb) we continued on to Gnamma Hill via Vultee Vengeance plane crash site.

One more stop before arriving at our final destination was Kondinin Caravan Park. During our time here several members were interviewed by Tyne Logan from Great Southern ABC, we had a group meal together at the hotel and made a visit to the Light Horse Memorial on Yeerakine Rock.

The 25th Annual Kulin Bush Races was a sold out event, and the huge crowd attending enjoyed non-stop entertainment throughout the whole weekend. We appreciated the opportunity of camping in the Vietnam Vet’s Camp Hart enclosure, and the invitation to attend their memorial service on the Saturday morning. The 9G Chamberlain tractors were invited to participate in the grand parade and also competed against each other in a track race. The commentator was our own Bob King who did a great job of calling the race. Members dressed up for the occasion and won second prize in the ‘Fashions on the Field’ competition. The proceeds of the prize were donated to the Juvenile Diabetes Research Foundation along with other donations we received during the Broomehill to Kulin Trek. 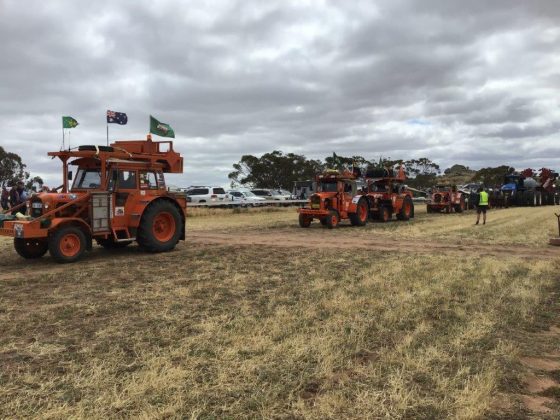 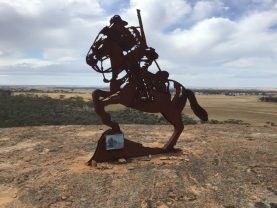 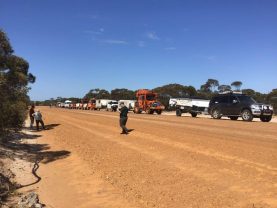 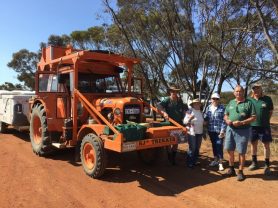 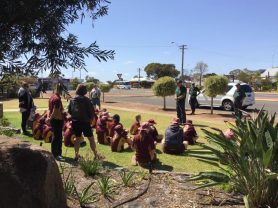 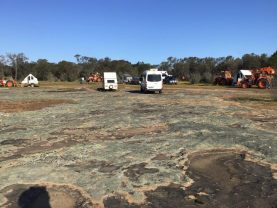 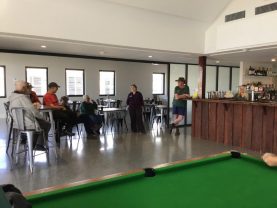 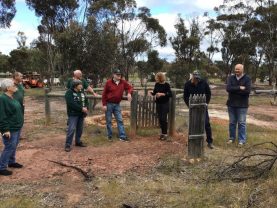 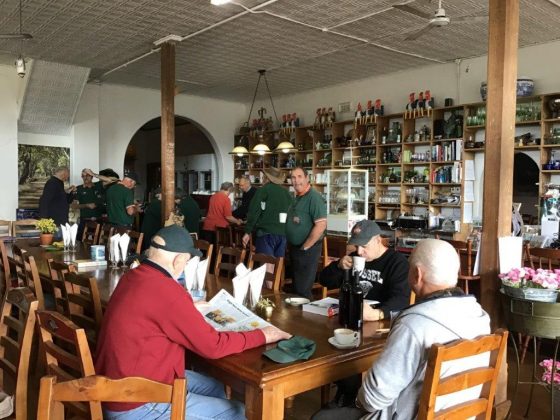 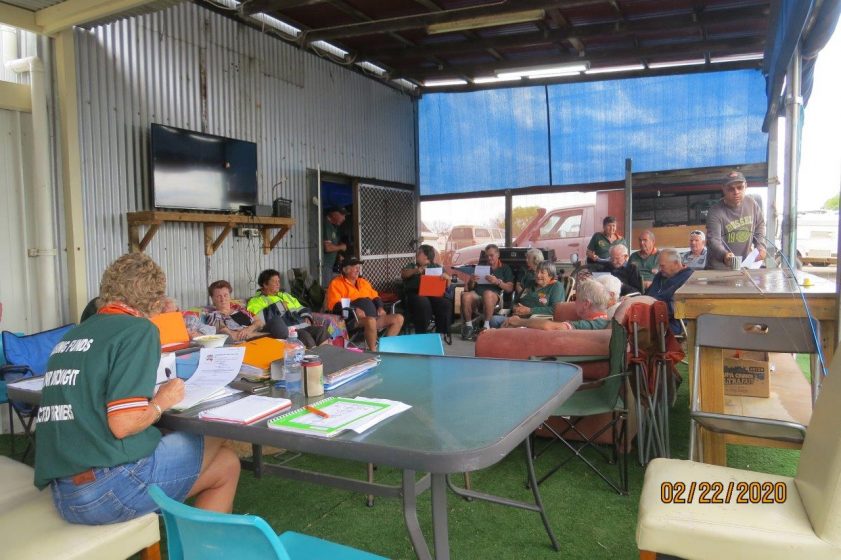