The meeting place for the start of the 2021 WA Trek was the beautiful little town of Westonia which is just over a four hour drive from Perth. We arrived on the 7 August and were greeted with overcast, cold conditions with light rain, however this did not dampen our enthusiasm, and we all ventured off on a short walk to the tavern for a meal.

From Westonia we travelled north to Elachbutting Rock camp site then the following day camped at Baladjie Rock which is adjacent to the Baladjie Lake Nature Reserve. We moved on the following day for lunch at Southern Cross before making our way to another popular camp site at Karalee Rock and dam. We spent some time exploring each of these rocky outcrops and Karalee had a very interesting story to tell. The Helena Aurora Range was our next destination. Apart from the plants and wildlife, the Helena Aurora Range offers some of the best bush walking opportunities which we all took much advantage of.

Some of the stations we visited were Jaurdhi, Goongarrie, Gindalbie, Cashmere Downs and Malangata. One of the highlights while at Malangata was a personal guided tour of the unique homestead which was designed by Monsignor John Hawes.

Other places of interest we visited were Coolgardie, Kunanalling, Rowles Lagoon, Broad Arrow Tavern, Kalgoorlie (and the famous two up shed at Mullingar), Kanowna, Kookynie, Menzies, Lake Ballard, Niagara Dam, Sandstone and Mt Magnet. The last stop for some members was at a farming property at Pindar. We spent two nights here and before the remainder of the group left for the final camp site at Camel Soak via Morawa we were given a guided tour of the property to view wildflowers and the crops which were almost due to be harvested.

Like so many other treks, this one offered a wide range of interesting things to see and do every day. Museums, The Super pit and other mine sites (some in use and others abandoned), historical buildings and cemeteries, meteorite crater, wildflowers and wildlife. There were many long walks over and around the base of the massive granite outcrops, and exploring the many ponds after dark for any signs of life.

The journey came to an end on the 9 September when the last of the trekkers finally disbanded and headed for home.

There were four tractors and seven 4×4 vehicles taking part in the trek. The beneficiaries of the funds raised during the trek were the Royal Flying Doctor Service and the Perth Children’s Hospital Foundation. 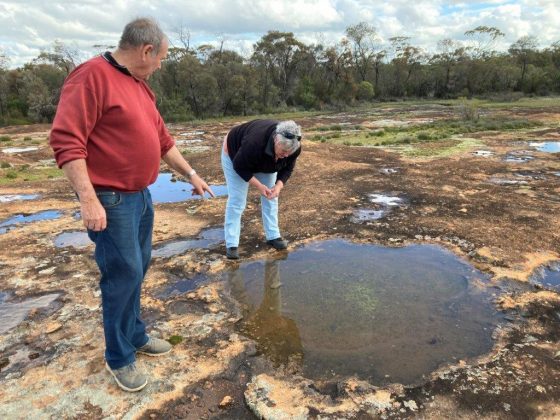 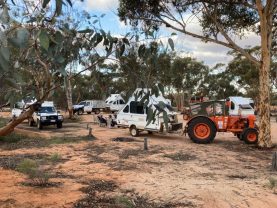 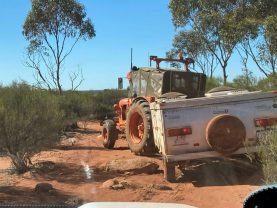 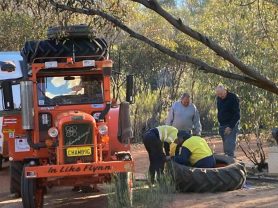 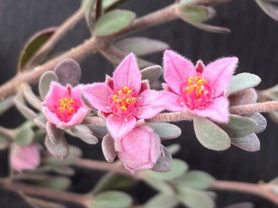 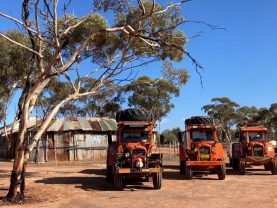 visit to the 2up shed 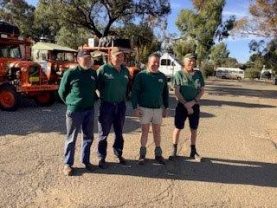 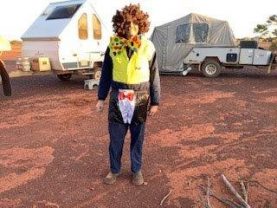 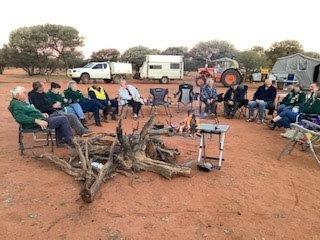 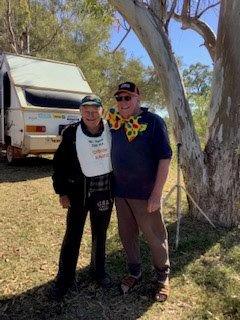 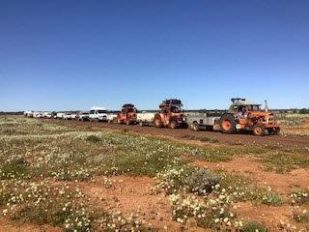 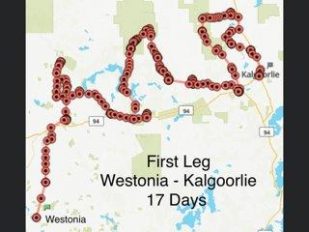 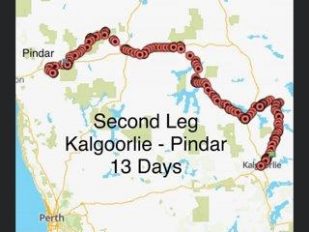