Members voted on a proposed trip to Darwin and surrounding area for their major trek for 2008.

One of our founding members Jock Sturrock, was the recipient of the Tail End Charlie Award for outstanding services and commitment to the club since its inception. 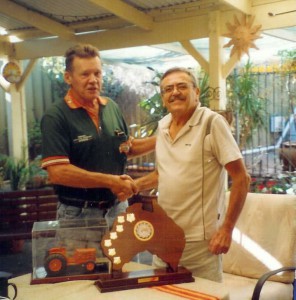