Our two missing tractors and their crews arrived at Rapid City last night after their visit to Oshcoch and it was an opportunity to have new photos of all five tractors and all 14 crew members.  After an early meeting, it was arranged to have all present in uniform for the photoshoot and then to meet at 12.30 to travel in the RVs to Wall Drug, the shopping complex we had heard so much about.

With seven members traveling in each of the two RV’s, the trip to Wall Drug took a little over a hour and the crews went their separate ways to see and experience as much of this attraction as possible in 2 ½ hours.

Wall Drug has been in operation since 1931 and is still run by members of the original family.  The early key to success during the Depression was for the owners, Ted and Dorothy Hustead, to give away free cold water to all customers.  Word soon spread and this centre is now enormous, with all manner of little shops and arcades, but all within the one complex, and with a western feel which has maintained the significance of this business.   Historical photographs are much in evidence and the café alone seats 530 people.  As well as the shopping, they have a wax museum and outdoor activities for the children.

This was George’s Birthday and a crew dinner was planned for the evening, so everyone made the fairly short trip to Rudy Tuesday Restaurant in taxis for what turned out to be a really enjoyable evening.  As well as celebrating George’s big day, it was an opportunity for those crew members who had been missing from the team, to catch up with all that had happened in their absence. 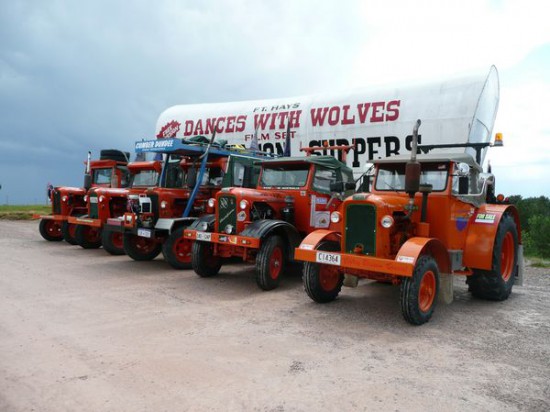 All five tractors at Fort Hays 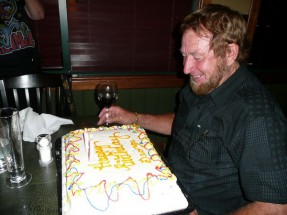 George has a Birthday 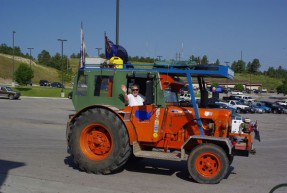 Mrs Lieble excited to have a ride 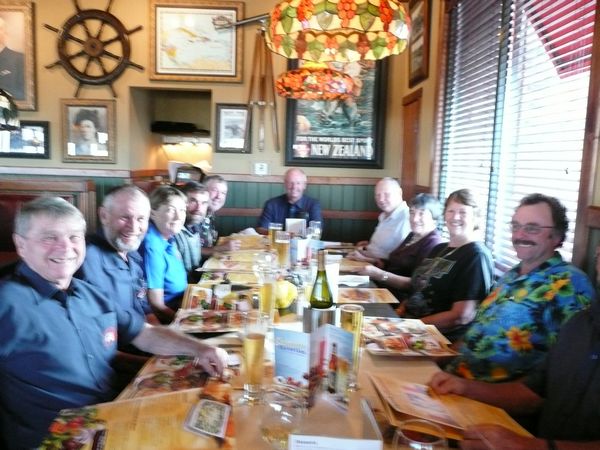 An absolutely perfect day to go sightseeing around the Black Hills of Dakota again.  Six members of the crew (Dick and Barbara, Ron & Kerry, Neville and Peter) took off in the RV for areas north of Rapid City and realized that one would need more than a day to do this area justice, but we did our best!

First stop was for morning tea at the picturesque Lake Pactola where several families of Canada Geese were very anxious to help Dick and Barbara dispose of any stale bread.  The Ranger tried to spoil the fun by asking for an admittance fee, but this was happily paid and gave us the option of stopping at all the various attractions within the Forest Recreation Management’s care, if only we had the time!

A very minor road led us to a fantastic little town named Rockford where we were asked two questions – ‘How on earth did you come to be in Rockford?’ and ‘Why didn’t you bring the tractors?’  The small shop cum tavern was adorned with caps, business cards, bras, t/shirts, memorabilia etc etc.  We could not help ourselves – had to order lunch there and soak up the atmosphere.  We rest of the town was comprised of a dear little Church, another store, a hall and an assortment of very old, but fascinating buildings left over from the gold rush.  This was like a time capsule of American History from another era and we just loved it.

For a real change of scenery, we visited Savoy, just near the Spearfish Canyon, to see the Roughlock Falls and once again, we were in for a treat.  The falls were very pretty, if not large, and the scenery was breathtaking – tall cliffs and lovely walking trails down to the falls.  This is the kind of place one needs to spend a couple of days, but our hour was certainly enjoyed.

By this time we were running a bit behind schedule and very nearly gave Deadwood the miss – lucky for us we did not!  A walk down the main street was like stepping back in time and a visit to No 10 Tavern to see the 5.00 pm rendition of the ‘Re-enactment of the Shooting of Wild Bill Hickok’ was very opportune.  Not one, but three of our number – Dick, Peter and Ron – were chosen to take part in the play – Dick was the Barman, and Peter and Ron were card-players at the table with ‘Wild Bill’.  It was hilarious – two members of the public were roped in as bargirls and managed to look the part as they ingratiated themselves to the card players!  All in all, a lot of fun.

Meanwhile, back at the camp, Carolyn and Allan visited the Bear Park and the Underground Waterfall and are reported to have thoroughly enjoyed their visits.

‘Cumber’ and Jeff’s stop with us proved to be short, as they have arrangements to meet friends at Salt Lake City and our route would have been too slow to get them there on time, so they have headed west.  We will catch up again when we reach Salt Lake City around the 25th August.  Before they took off, Cumber gave a ride in his tractor to a visiting lady, Laverne Leible.  Mrs Leible was so thrilled that she sent us a photo of the event. 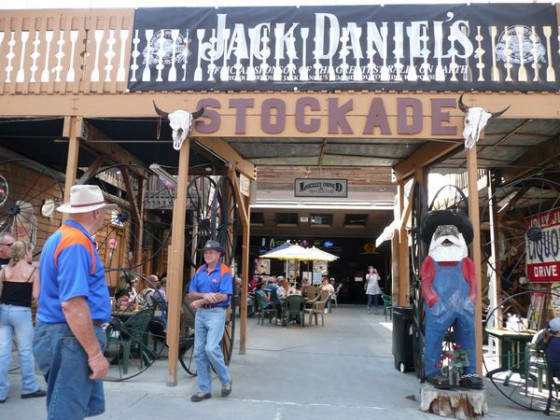 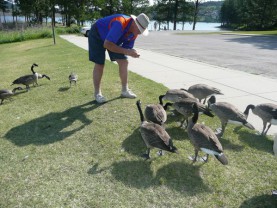 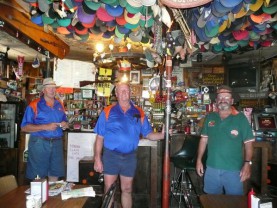 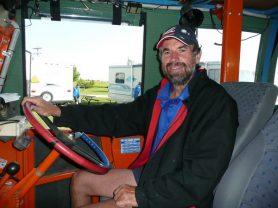 Jeff Smith is enjoying the ride 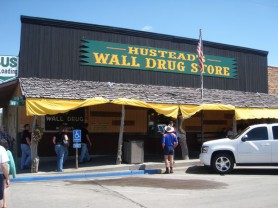 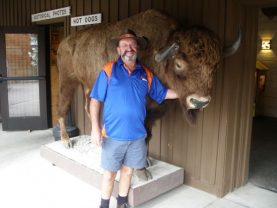 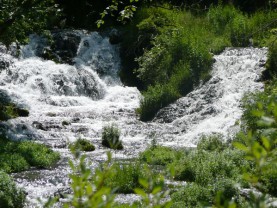 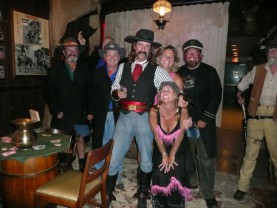 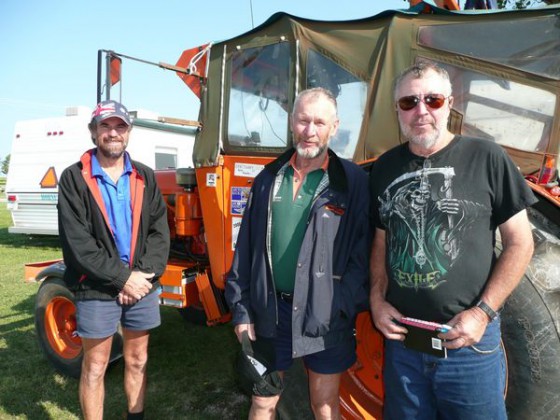 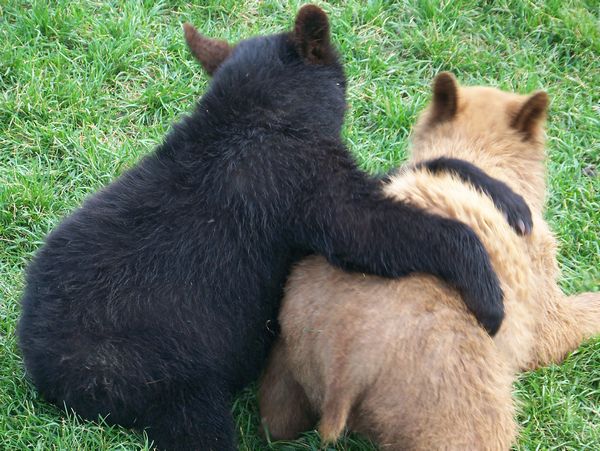