Sunday 28th July, most of the trekkers took the opportunity to fill up tanks and containers with the lovely fresh water available at the Silent Grove camp site. This water is reputed to be some of the sweetest water in Western Australia.

For those who stopped at the roadhouse for morning tea, a strange sight awaited them, in the form of a tame brolga, whose companion was an ancient fat black Labrador dog. The lady at the shop fed the brolga some bread, which it ate, untroubled by all the attention from the visitors.

The club acknowledges and thanks the owners/managers at Mt Barnett Station for allowing us to set up camp in a paddock close to Manning Gorge.
As all trekkers are fully equipped for all emergencies (including showers and toilets) they were able to be self-sufficient campers, close to one of the water holes. Manning Gorge and its surrounding tourist attractions were out of bounds, due to recent storm damage. The convoy rolled into camp over the afternoon, with some of the crew coming in quite late due to damage to trailers and flat tyres.

Monday 29th   had trek participants enjoying the opportunity for some well-deserved rest and recreation. The campsite was a gorgeous oasis with a gently flowing stream around a little island, which was accessible by a very short swim. Repairs and maintenance for the tractors, support vehicles and trailers were also seen to. Kim Henderson’s welder and large generator were in hot demand as there were many heavy-duty repairs to be done. The badly corrugated surface of the Gibb River road had taken its toll, especially with some of the trailers.
Tuesday 30th and more time for rest & recreation, hand washing, and vehicle maintenance. Darcy Stevens and Paul Nunn (both aged 11) took every opportunity at rivers and waterholes to try their hand at fishing. This camp was no exception, and they managed to catch quite a few cherubim, which are small fresh water crustaceans, a little bit similar to yabbies, and good eating. Being enterprising young men, they sold their catch to the highest bidder. The first catch of cherubim they put up for auction at the “joke night” and donated most of the bid to the club for charity.

During the evening the whole camp gathered together for a joke night. The “Year of the Outback Flag” was proudly hung up, under a huge boab tree and set the scene. A “P.A.” system and floodlights were set up, which allowed the performers to be seen and heard easily.

Ken Taylor put forward a proposal for a small trek to travel the Holland Track to Rawlinna during 2003. The club was also asked their opinion about the future of the “Year of the Outback” flag. The group unanimously decided that it should remain the property of the club, rather than auctioning it off to the highest bidder.

Wednesday 31st, back on the road again to Russ Creek. There was a lot of traffic on the Gibb River Road, and it was very common to see vehicles traveling at excessive speeds (for the road conditions) of around 100 kph. In almost every instance, these speeding vehicles were seen to be hired four-wheel drives.

It was decided to travel on past the designated camp at Russ Creek, and the group continued on for another 20 km to a lovely shaded area along an old creek bed. A buck’s party and a doe’s night were held for Geoff Faulkes (Boris) and Suzanne Wood (Doris) who are both from Albany.

Thursday 1st August, most of the tractors and support crew were on the road, when the call came from the crew of “Scraggy” for the welder to do some urgent repairs to their tractor. The road was exceptionally rough along this patch up to where the graders were on the road, about 90km from Kununurra.

Donald McLaughlin took first prize, managing to get two flat tyres at the same time on the same side of his Nissan ute. A decision was made for the convoy to spend the night at Home Valley Homestead, and again the trekkers welcomed showers, a swimming pool and a little shop.

Friday 2nd August, had Ivan Siviour, together with brothers Gary and Stan Snook sneaking off early in the morning to go on a fishing trip with a man from the station. Stan Snook managed to catch a metre long barramundi. Congratulations Stanley! Ivan also caught a barra, which was just undersized and had to be thrown back. The trekkers were glad to have finished that section of road as they pulled into El Questro and set up camp along the river. 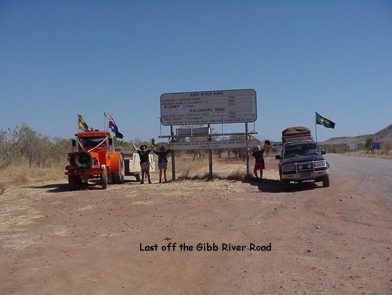 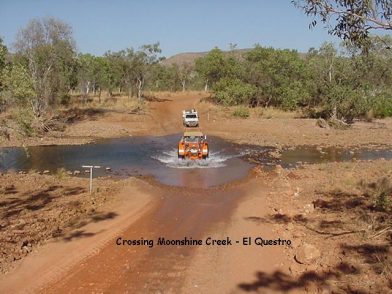 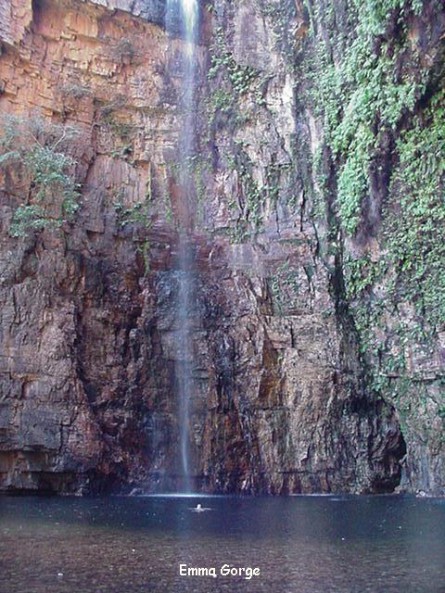