On day 50 we travelled from Goondiwindi through Inglewood and on to Wheatvale to the O’Leary property.   Jim and Marion provided us with a great camp spot near their home with a readymade campfire pit where we all prepared our evening meal.  Jim’s brother Paddy and his wife Ann-Marie called in to meet us and have a look at the Chamberlains.  Also Jim and Marion’s daughter Nicole came along with her son Harry.  The evening was chilly but most enjoyable around the campfire!! The wonderful hospitality of Jim, Marion and their family was much appreciated.

Day 51 we went in to Warwick then took another slight detour from the original 2000 trek.  We headed north east and into some of the most beautiful country again with hill climbs and down gradients that we all enjoy so much.  We made our way to Aratula where we were met by Don and Marion Kratzing (friends of the Bass’s) and guided to their property at Mt Alfred.  Here we enjoyed yet another great stopover with beautiful views from their balconies and great hospitality.  Marion served us all a lovely lunch on our arrival before we settled in to our campsite then Don (with Marion’s support) supplied delicious pizza’s from his pizza oven for our evening meal.

A highlight for all of us was meeting their four Irish Wolf Hounds (averaging 80+ kilos each) – they are certainly a loved part of the family.  Thanks Marion and Don for a wonderful stopover.

An early morning breakfast with Marion, Don (and the dogs) was enjoyed by all before we headed off – in a shower of rain – for day 52.  The drive from the Kratzing home to Rathdowny was again beautiful and adventurous with up gradients of 19% through the Border Range National Park (we all loved it).

At Rathdowny we had morning tea then remained ‘off road’ and headed in the direction of Kyogle.  We had thought we may go to Nimbin but time was a bit short so that was left for another time.  From Kyogle it was on through Lismore after which the adrenalin started to run as we drew closer to our final destination at BYRON BAY.  With the excitement came the reality of being really back in civilization and on the highway with everyone else.

Our arrival into Byron Bay was a little later than we had hoped and unfortunately in a slight shower of rain but nothing could dampen our spirits.  To us it was a fabulous achievement with some of the most exciting experiences behind us.  These were all experiences (and our many photos) to look back on in days, months and years to come, with the greatest of pleasure.   A celebration dinner was held at the Balcony Restaurant  where we were joined by some of the Bass relations who had travelled from Atherton, Brisbane and Armidale in NSW to welcome the whole group in after completing such a mission.

With almost 6,700k’s on the GPS from Steep Point WA to Byron Bay NSW what a great feeling!!!!!

Whilst in Byron Bay we of course took the tractors to the Lighthouse to complete the journey and we also emptied a bottle of water collected at Steep Point into the Pacific Ocean as well as collecting another bottle to take back to Dongara where it all began.

Our story continues as we now make our way back to the West but having arrived at Byron Bay, our thoughts were –

WE MADE IT, WE LOVED IT AND WE ALL FELT SO VERY PROUD AND PRIVILEGED.

One very last thank you to our ORANGE MACHINES

which did us all so proud.

BYRON BAY – following our arrival on 23rd August, 2010 – days 53, 54, 55 – were spent in and around Byron.  We were called on by various sectors of the media for interviews and photos.  Many local folk came to chat with us, some even remembering the year 2000 when all those orange tractors descended on their City at the end of the inaugural trek.

On day 55 (Thursday 26th August) we hired an 8 seater vehicle and all went out for the day on a different sort of sightseeing trip.  We went up the coast as far as Kingscliff then headed inland to Nimbin (the hippy town of the 1960’s).

On our way we visited a wonderful Tropical Fruit centre,  enjoying some of the wares on offer.  Our return route took us through some wonderful scenery as we once again faced the challenges of winding roads and plenty of hills.  We all agreed it would have been good 9G country but with limited time we needed to ‘go conventional’ for the day. 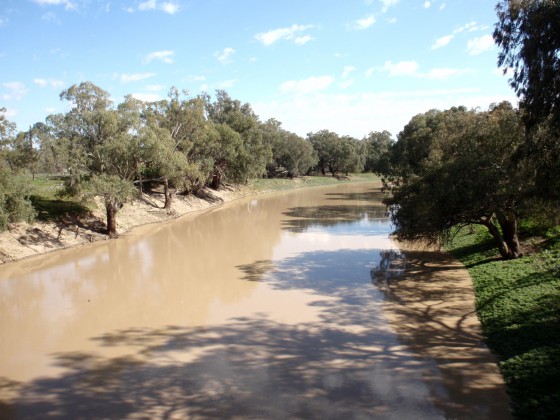 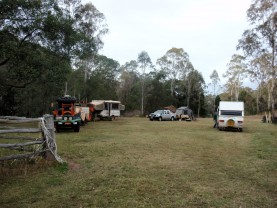 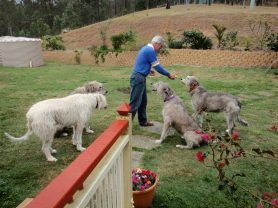 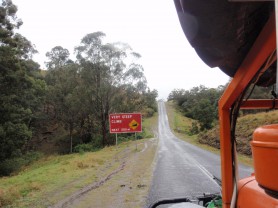 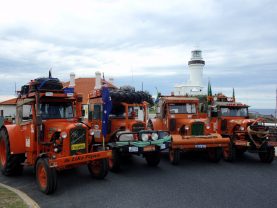 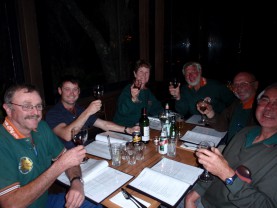 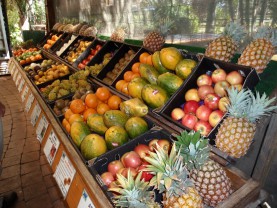 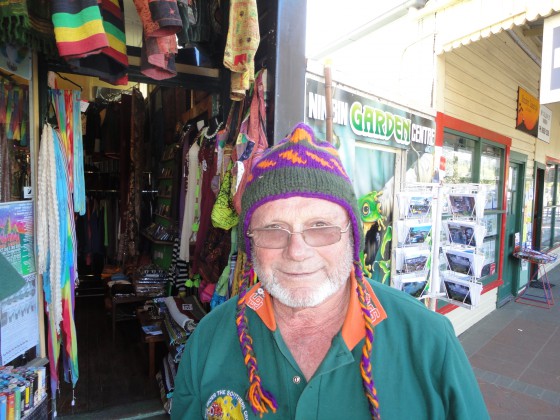 Harry is colourful at Nimbin 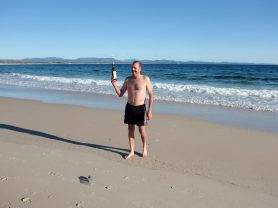 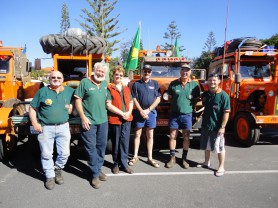 We made it to Byron Bay 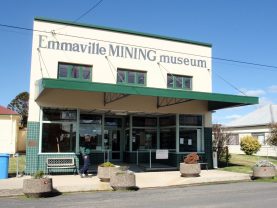 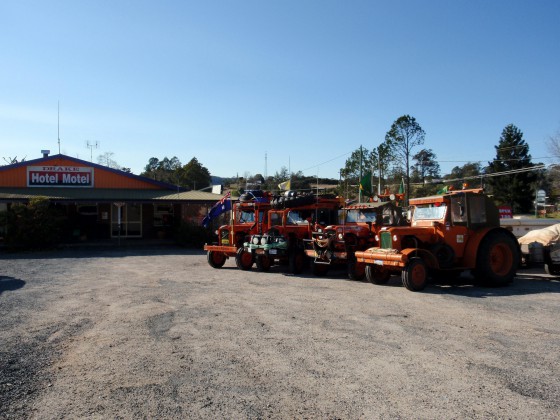 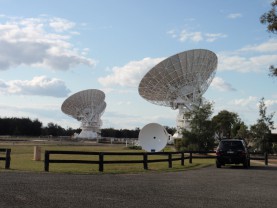 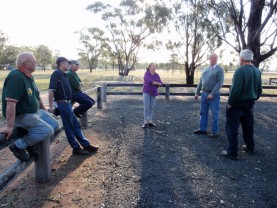 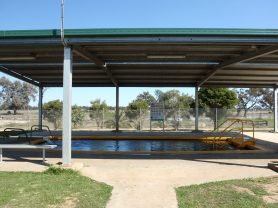 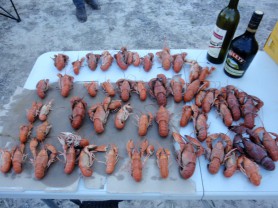 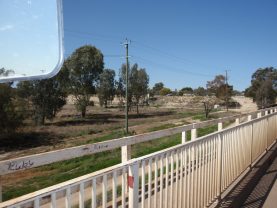