So far have travelled through Ambleside, Latrobe, Sheffield, Kimberley, Elizabeth to Red Hills. The Deloraine Apex Club put on a BBQ for us 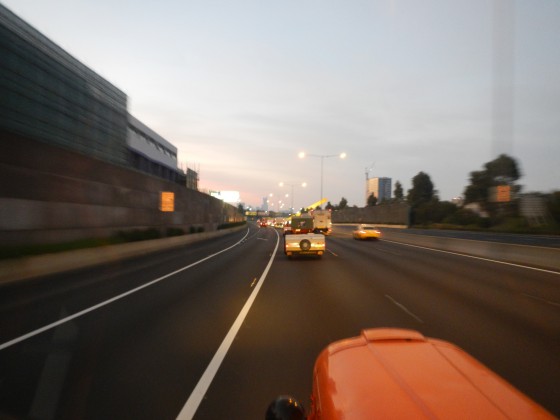 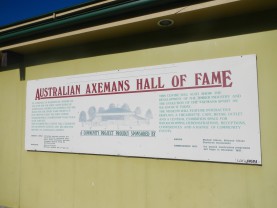 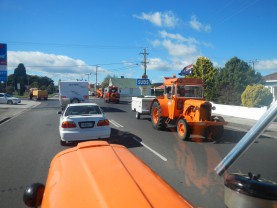 Parading up the street 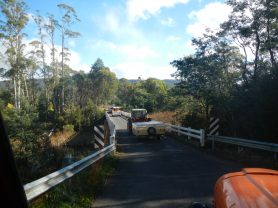 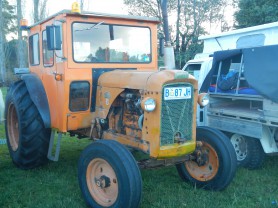 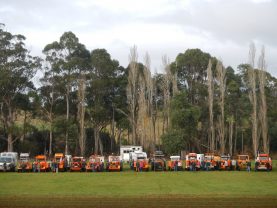 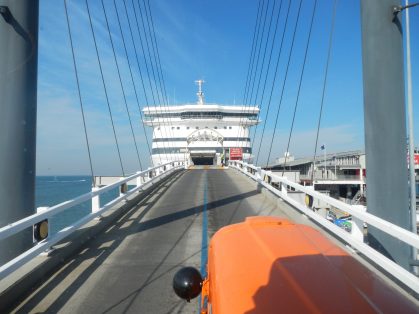 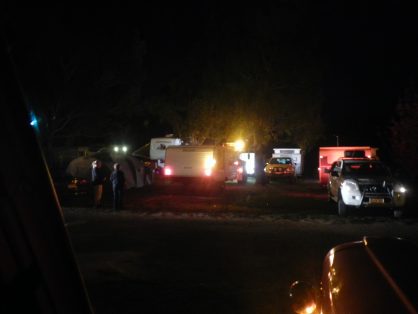 Deloraine, Westbury where we went through Pearns Steamworld , Shaw Tractor Shed , travelled on to Longford. 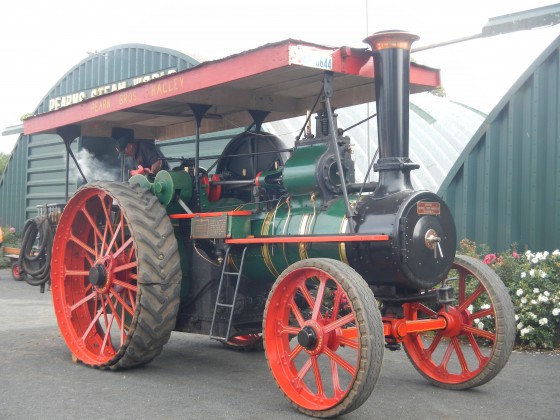 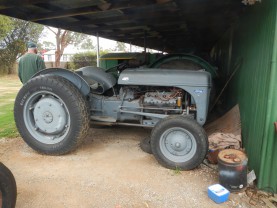 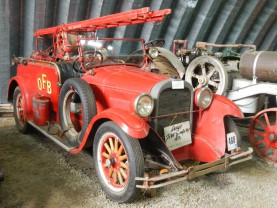 Left vans behind so the boys could have some fun on the back roads with there tractors. We came across a broccoli farm where they will produce 4,000 tonnes at finish of harvest, off approx. 100 hectares. Travel via Cressy to Ross and the Midlands countryside. After leaving Ross we had a BBQ on Boyles farm, near Mt. Joy, we had been invited to there farm 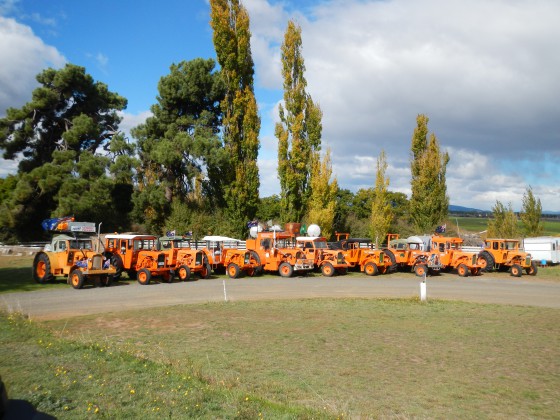 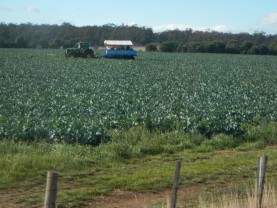 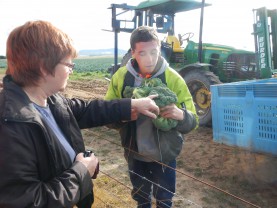 Had a coach tour of Launceston  Cataract Gorge, SwissVillage, Motor Museum and of course ladies do shopping. 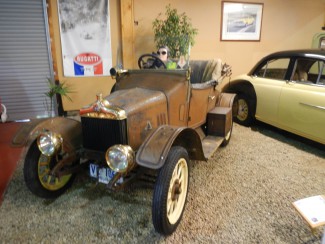 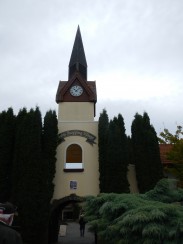 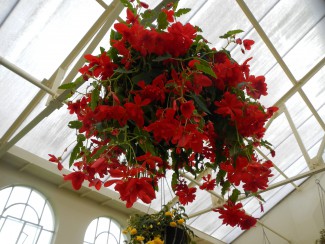 Left Longford heading along West  Tamar Highway to  Becketts Mining and Civil Contractors, huge amount of machinery here. Then just up the road a sawmill in Exeter. Then onto  Beaconsfield Gold and Mining  Heritage Museum. Pulled into Goaty Hill Winery and very warmly welcomed. Onto Pipers River for the night, on another farm. 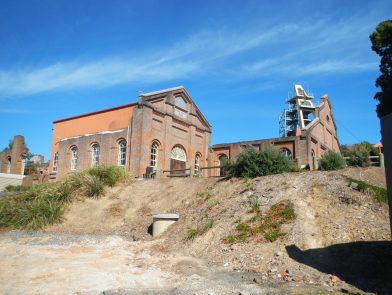 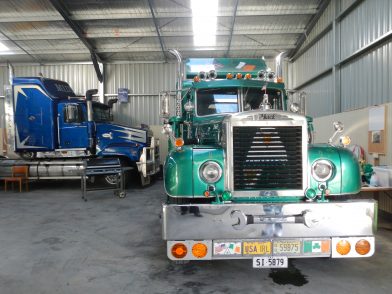 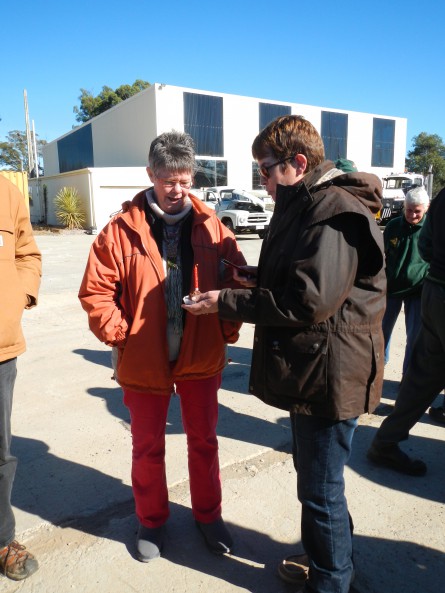 This farm is a conglomerate owned by R.C.Rowlands. Saw potatoes being harvested on the farm and they are getting 20-23 ton a hectare. All taken to Olverston where they handle 350,000 ton from Jan to June.   Leave Pipers River for Bridport, morning tea stop Bridport then onto Gladstone for lunch. Travel from Gladstone to Anson’s Bay then onto St Helen’s in caravan park.  But on the way to Gladstone 22ks out had to put a head gasket in Well Bugger Me, the men looked like bees around a honey pot, in no time it was going again. But then Clearveiw had a fuel leak so all hands on deck again, by passed the original tank to spare one. So off we go finally. But Barrie Hall and Helen Taplin  are having a steering problem which they thought they had corrected overnight. 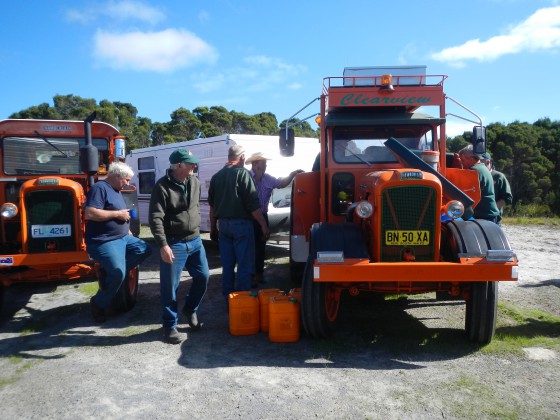 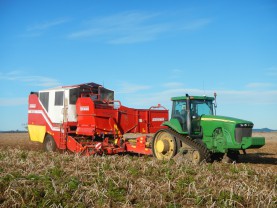 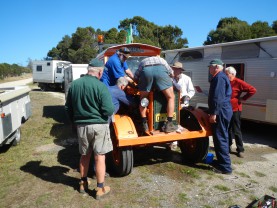 Leave St Helen’s  heading for the shops and Well Bugger Me has another fuel blockage and two men that had pulled up to have a look told us we had the muffler hanging down must have happened when they did the head gasket. So the guy said drive it out to my unit and he would weld it for us, very nice of them, so off again. But had 2 more fuel blockages but then went for hours without stopping. Called in to Brewery at White Cliffs Estate. Head south to Bicheno for lunch where the guys put a steering box in Barrie Hall and Helen’s tractor in a small park in the main street. Well we must have had the whole population of Bicheno watching them. Collected money in our collection tins as well. Change of plans now heading to Swansea for the night in caravan park. 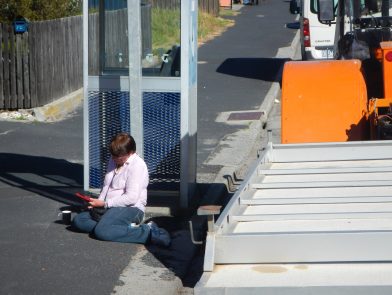 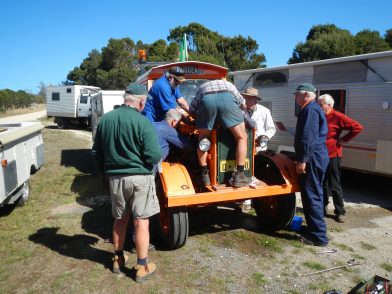 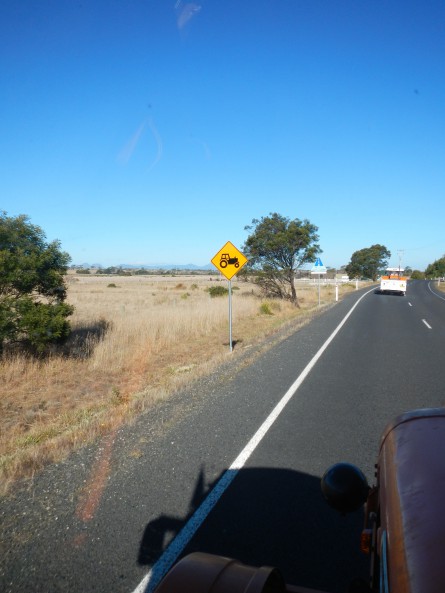